Jul 10, 2020 | BE THE FIRST TO COMMENT
A Zeppelin story – from the depths of homebrweing to “hovering above all”

An old brewery has been out of operation for 20 years. Then, a group of people turned the place upside down, installed a lot of pipes, a small funicular, cleaned the tanks and launched the first craft brewery and brewpub in Bjelovar, Croatia.  We visited Daniel Babić, Head brewer of Zeppelin craft brewery in his hometown. Join us on a Zeppelin journey with him and his team of meerkats, a flamingo, raccoon, monkey and a ssssnake.

I like beer, but it has to have a story to spice up the aromas and taste. One of my favorite neighborhood craft beer bars was all covered with a vast Zeppelin and a bunch of weird animals. These animals are a crew of one funny looking Zeppelin, each with an important role to play. They came to life thanks to head brewer Daniel Babić, one of the forerunners of Croatian homebrewing scene and active member of pivarstvo.info where it all started. Back in the day pivarstvo.info was the first online forum, founded by Andrej Čapka of Zmajska brewery, where craft beer enthusiasts would share experiences, recipes, and order hops.

Daniel learned everything he could about the hops, malts, yeast and water and started his homebrewing career in the mid 2000’s. Fast Forward to 2017. After declining a few job opportunities in other breweries, ex IT guy Daniel was approached by two people who shared his passion and were willing to invest it launching something new and exciting. Those two were Ivan Babić, ex football player and Dina Blažević, known for her Flaming Wheels food truck concept launched in Kuala Lumpur seven years ago.

After landing his dream job Daniel had to come up not only with beer recepies but also with a story that would resonate with his target audience – people who like craft beer but are not aware of it yet. That’s where some funny looking animals and Zeppelin come in. We’ve already written about this gang but it has grown in the meantime. Merkats are never alone, you shouldn’t be too when you enjoy Zeppelin’s easy to drink Godlen ale named after the furry animal.

Flamingo is a long-legged scout of the vessel, constantly trying to strike an ideal balance between hops and yeast. In accordance to his character, Flamingo is a balanced American Amber ale, especially adored by women – not too bitter, not too sweet. The tough guy on the wessel is, of course, Rakoon. He’s using his sword to cut the 6 types of special malts, key ingridient of the full-bodied porter full of chocolate aromas. Marmun is in charge of hops.

That’s why he is the name for wiezen beer. Tapir finds his way through thick forest where 5 sorts of hops grow. He’s the bitter one, an IPA of course. The last member of the gang is the snake pilssss, a very light drinkable pilsner beer.

And why Zeppelin you migh ask? Since one of the investor is old rocker, and a fan of Led Zeppelin this decision was a no brainer. Zeppelin was named after Ferdinand Graf von Zeppelin, but the story goes he purchased the original plans for the airship from David Schwarz (David Švarc) who was in fact Croatian. Zeppelin is alsto the name of a move in handball when a player receives the ball from a teammate in the air, and scores. Bjelovar has a long tradition in handball, hence the idea for the name.

Apart from the Zeppelin animal crew story, one of the most interesting aspects of the brewery is the place itself. They’ve settled in the old brewey that’s been closed for 20 years in Daniel’s hometown of Bjelovar. Following a few months of hard work, the old place was brought back to life. They cleaned it and installed a maze of pipes in the basement that fit perfectly into the steampunk iconography and visual style of Zeppelin. Today it’s a combination of production facilities, brewery, and a restaurant with delicious, homemade food, mostly meat. The food is served with black leather gloves so that you don’t get your hands dirty. A nice touch.

Daniel is most proud of how they were able to breathe a new life to the place. It was in fact a brewery called Graničar that used to operate only one year in 1996. by some Checz who thought brewing is a much easier task than it proved out to be. Sadly, they lasted less than a year. When they left equipment stayed. Now it’s all pumped up with what seems to be dozens of meters of pipes that connect the lobby floor and the basement. There’s even a small funicular used for transportation of the kegs. Attention to detail is spot on.

There’s your regular old school zeppelins, bikes, and small planes but no clutter.  It has a feel of your old school pub with a retro wibe. Sort of a place where everybody knows your name. This is definitely not your average brewing facility, even for Croatian standards.

You cannot buy Zeppelin beer in retail chains, but you can find in on taps and in bottles in their brewpub in Bjelovar and in more than 500 bars all over Croatia, and on Wine&More of course.

“Zeppelin beer is for someone who doesn’t usually drink industrial beer, and thinks craft beer is too hoppy.” says Daniel. His philosophy is to make beer for the masses, rather than beer geeks. That is why his bet is on quality Golden ales Lagers. Daniel’s and Zeppelin’s mission is to brew balanced beers that might not cater to your regular hopheads (bitter beers high on IBU, although Tapir IPA is a very good representative of the style) that is not the goal here. What started as a homebrewing experiment for Daniel ended up as a craft brewery that’s going places. That’s what their slogan “Hovering above all” says. After all, it’s a Zeppelin. 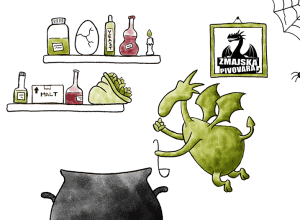 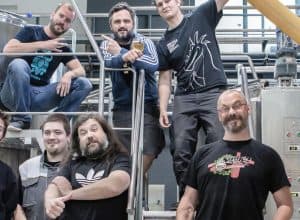 Craft Beer
Croatian Craft Beer pioneers from Nova Runda, Varionica and Zmajska did the “collab” beer
Jun 26, 2020 | BE THE FIRST TO COMMENT 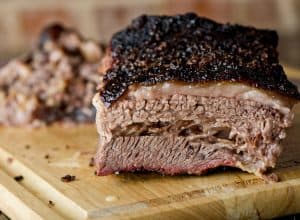 Craft Beer
From Texas to Croatia: A brisket’s barbeque journey
Apr 30, 2020 | BE THE FIRST TO COMMENT