Jun 26, 2020 | BE THE FIRST TO COMMENT
Croatian Craft Beer pioneers from Nova Runda, Varionica and Zmajska did the “collab” beer

Forerunners of the Croatian Craft beer movement finally came together to do what they do best – produce a really hoppy beer and pay tribute to the first 6 years of hard-working, educating the market and fighting against the odds. This is the story of the journey and the beer told by almost regular guest blogger Miro, cofounder of Nova Runda.

“Who would say I’ll write another post so quickly? Not me, but the reason and timing are perfect! As I already mentioned in my previous blog post, the beginning of the Croatian craft beer revolution can be traced back to 2013/2014. In those years, the first wave of modern brewers started to appear.

Just like you have a musical genre, which emerged in the UK in the late 70-s, called New Wave of British Heavy Metal (NWOBHM), I like to call that Croatian era (2013/2014) a New Wave Of Croatian Brewers. Most of those 2103/2014 forerunners started their brewing path as homebrewers. This is the story of 3 of them – Zmajska brewery, Varionica and Nova Runda.

Of those 3, Zmajska is the only one that installed an entire brewery on its premises. Their first location was in my neighborhood, the hood known as Trešnjevka in Zagreb. Nova Runda and Varionica choose a different strategy – Gypsy brewing. Since both breweries couldn’t get a loan for their business plans, they decided to implement a Gypsy brewing approach (brewing beer in breweries not owned by them).

Even their brewing operations didn’t have the same method, they all had to invest their time in a category called – EDUCATION. There were many hitting the wall and failure scenarios, but in time, the beer market started to change. 6 years and 80 breweries later, we can say we shaped the Croatian beer landscape. 🙂

Let’s say a couple of words about the main part – The Beer! Since all 3 brewers share the same brewing philosophy (hops or bust ) it was expected that final collaboration beverage will be kind of hoppy. It’s true, it’s hoppy! It’s really hoppy! Hops, hoppy, what style could have we brewed? We decided it’ll be IPA (surprised?), but we opted for a modern IPA style – New England IPA. Hazy and murky ales are dominating beer fridges lately. More and more beer geeks are sliding toward that style, moving away from the classic American style IPA. 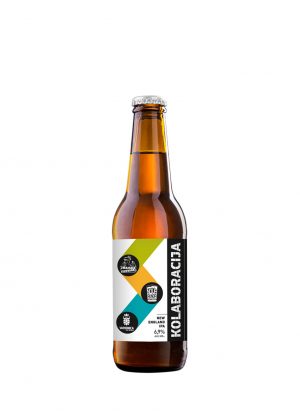 The brewing ceremony was held on the 1st of June at Zmajska brewery. All 3 head brewing honchos gathered there early in the morning. When you look at the collab picture, it seems more like a casual Friday after-work gathering than a brew day, but rest assured, it was a severe workday, and there wasn’t time to drink. We’re professionals after all!! Hops used in this historical beverage are Azacca, Citra (both pellets and cryo form) and Sabro. NEIPA has 6,9% ABV and 30 IBU, and it’ll be available as of this Friday, where it’ll be premiered at Zmajska brewery’s event – Mini Zmajevo.

Oh, I almost forgot one small detail, the name. Since we were totally busy with the recipe, and all that other professional stuff (definitely not drinking), we decided to keep things simple, so we named it KOLABORACIJA (eng. Collaboration ).

Please bear in mind the last important thing! You’re not drinking just a beer in New England IPA style, you’re drinking something of greater importance. You’re drinking History. You’re drinking a long struggle of beer education, and a fight against industry way of doing things. Craft brewing principle is simple – people before industry, and the product above everything! It’s about keeping people excited about the beers you make.

It’s my honor and privilege to share all those years of brewing history with colleagues of Varionica and Zmajska brewery, and be a part of something that exciting. I’m sure this collaboration brew is just the beginning, and you can expect some other hoppy beverages brewed by this trio in the future!! 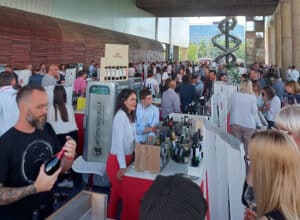 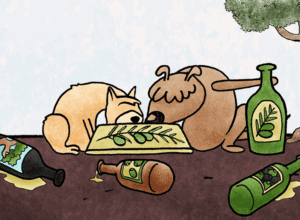 Stories
Extra virgin olive oil and your pets
May 25, 2021 | BE THE FIRST TO COMMENT 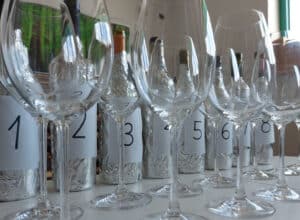 Stories
Croatian Sauvignon Blanc Tasting
May 14, 2021 | BE THE FIRST TO COMMENT